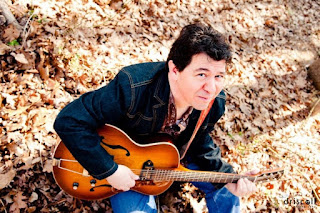 A proud member of Musicians on a Mission, you can catch Michael performing solo acoustic shows or with his band of esteemed musicians known as "The Suburban Hillbillies" as well as Recalling the spirit of Johnny Cash in the Tribute show "RING of FIRE" Band!..

To date, Michael has logged over 1500 live performances in the tri-state (NY,NJ,PA) area in addition to 3 annual tours down south.

He maintains a website which includes tour dates, media photos and video/audio clips. Visit Michael's Facebook page, and listen to his music at Reverb Nation and iTunes.

Now, sit back, relax and listen to Michael's story

The Interview
Posted by Musician of the Month at 11:59 AM